5. Rubert Murduch, his wife, and the pie-thrower: Earlier this year, the dude who owns News Corporation (parent company of Fox) tapped someone’s phone and the English government got pissed and brought him in for some televised questioning.  While Murduch was being grilled about soccer, tea and crumpits, a comedian in the crowd tried to shove a pie in the old billionaire’s face.  However, the pie-thrower forgot to factor in that Murduch was married to an Asian gold-digger half his age who was standing close by to defend his honor.  Defend she did, presumably with karate.

Anyway, you will need 3 people: 1 guy to dress up like a melting candle in a suit, another to dress up like a gold-digger, and a third friend to carry around a shaving cream pie.  The three of you must stick close together or nobody will understand the costume.  And every once in a while the pie-guy needs to try and throw the pie in Murduch’s face, and the gold-digger needs to stop him.

4. 99%-er and 1%-er: Very simple:  1 person dresses up  like a hipster and carries around a sign that says “The Middle Class is too Big to Fail,” while chanting, and talking about Twitter, Facebook, and Steve Jobs.  A 2nd person dresses in suit and ignores the hipster dressed friend the entire night, while periodically picking up his phone and having a pretend conversation about Ronald Regan and the problem with Unions. 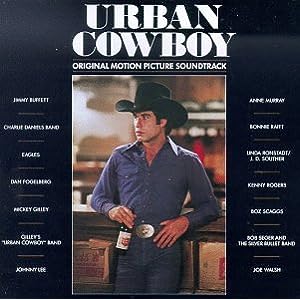 2. Bill Gates: If you are a dick, this is a great costume idea. Have a blind person give you a haircut, wear glasses, and go up to everyone with an iPhone and make condescending comments.

1. Tim Tebow: Buy a Gators or Broncos jersey, put on eye black with a bible verse in it, carry a football in one hand and a Bible in the other, and every hour or so go down to one knee and do the Tebow pose (aka Tebowing).  If any attractive girl attempts to bring you back to her apartment, you must reject her.  Do not break character!  Politely remind the young lady that you are waiting for marriage, but you will keep her in your prayers.  Also, if you play beer pong at any point, you must fall behind by at least 6 or 7 cups before making a shocking comeback.  And, before you hit the last cup, you have to go down to one knee, do the Tebow pose, pray, and then sink that bitch!