“Check out this awesome piece by our guy Pat Shanley @ They Are the Imitators.  He posted it before  Pitchfork this weekend, and put together a list of the artists he was the most stoked to see.  Let us know how accurate his prediction were.” – DanTello

They Are The Imitators will be descending upon Union Park this weekend for the Pitchfork Music Festival.  We’ll be posting pictures and some words throughout the weekend has events unravel.  We’ll also fill you in on a special performance by one of the festivals heavyweights going down at a small bar Sunday night.  See what bands we are most excited to see as well as download tracks from some of our favorite artists performing this weekend after the jump. 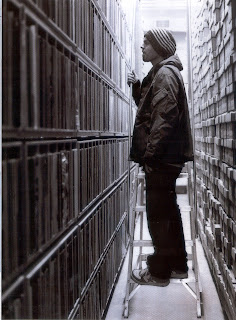 In an age where anyone who stands behind a sampler and a couple of knobs is being thrusted on stage as the next great DJ, it’s refreshing that the really great ones are not giving up the title so easily.  Shadow isn’t making beats for ecstasy brats, instead he’d much more enjoy taking the listener on a trip of hip-hop beats and Dusty’s, allowing songs to organically grow as he layers 45’s over 33’s (records people) building a set that is often imitated but rarely duplicated.﻿  His 2007 show at Park West with Cut Chemist was one of the more impressive live music experiences I have ever seen. 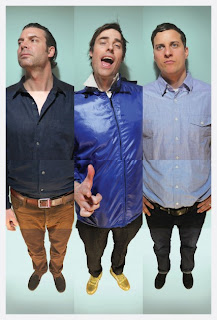 Often instrumental always experimental Brooklyn’s Battles have released one of my favorite albums of the year so far with Gloss Drop.  The band, down to a trio after vocalists Tyondai Stanier left just before the recording of Drop, has filled the void by bringing in guest vocalists as well as expanding on their sound through the use of effects as well as drawing on an eclectic mix of influences.  Listen for the steel drum on Latin infused “Dominican Fade.” 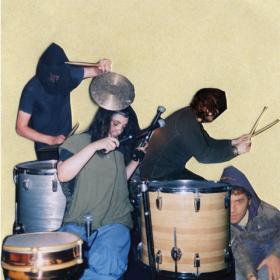 Art rockers Gang Gang Dance have been making the kind of freak out punk your mom warned you about for the better half of the last decade.  Mixing synthesized electronics and percussion, the band will surely have the crowd at  Union Park gravitating.  Percussive tribal freak outs will happen.  To feel the true power of this band, you may want to check them out at the Empty Bottle Friday night for a tune-up gig before they hit the main stage. 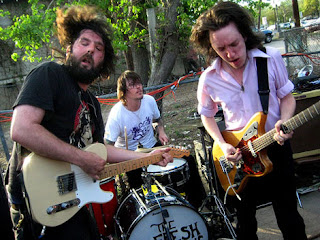 The Fresh & Onlys are carrying on the sounds of  the 60’s San Francisco﻿ scene.  Being that they are from the Bay Area, I would have to think they know a thing or two about the psychedelic pop sound that resonates from the city responsible for intersection of Haight & Ashbury.  The band’s jangling guitars and blissed out psychedelia will be very fitting for the early afternoon time slot. 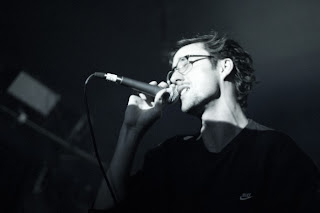 There is no short of provocative crooners at this years edition of Pitchfork.  Along, with James Blake (check below) How To Dress Well, aka Tom Krell will set out to soothe Union Park with his distinctive electronic soul.  Like, The Fresh & Onlys (above) Krell’s 1:55 set on Sunday should be a nice relief for the hungover crowd shuffling into the grounds in the early afternoon.﻿ 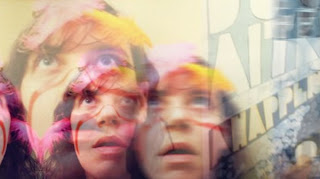 Bay Area’s -by way of Canada- Tune-Yards is playing one of the more highly anticipated sets for us here at The Imitators.  Since being introduced to Merrill Garbus’ sophomore album WHOKILL, we’ve been playing it for everybody and anybody who will listen. Garbus who plays almost all of the instruments on the album, combines drum loops with layering ukulele and voice to create ecstatic afro-beat-ish textures for her live show.  Word is she has expanded her band for her current tour, she now has a horn section on stage with her. 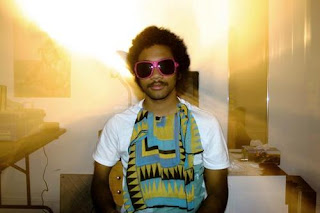 Fans of last years’ chillwave breakout Neon Indian will find alot of similarities in this years chillwave breakout Toro y Moi.  TyM is moniker of South Carolina’s 24-year-old Chaz Bundick, a former college student who got his break with a couple bedroom recordings of his 80’s electronic pop.  His latest release Underneath The Pine is laid back set perfect for the beach or your headphones.  TyM released the Freaking Out EP this week, grab the first single from the EP in the mix tape below. 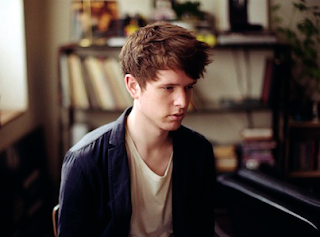 Following in the footsteps of fellow Brits the xx, James Blake makes minimalist music that is rooted in fairly recent phenomena electronic sounds of dubstep.  Blake takes a different approach to the genre that is usually filled with heavy drawn out beats, instead he relays heavily on a soulful delivery that is strong even during the silences that fill his self titled debut.  Blake is set to take the stage right before Friday headliners Animal Collective.  Call it the “calm before the storm” set. 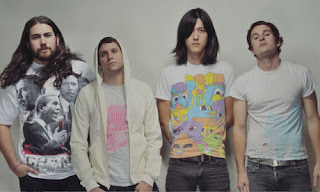 Health would be in the running for the loudest band at Pitchfork this year if it weren’t for Kylsea (Keep Reading).  The California noise rockers artfully combine synths, drums, and vocals which make up haunting atmospheres that are loved by electronic tweakers everywhere.  Just check out the bands 2010 remix album Health:Disco2 and their collaborations with Crystal Castles for futher proof. 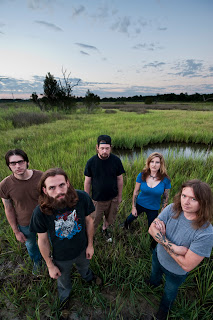 There are many reasons to love Kylesa.  First off, the band was formed in Savannah, GA by a bunch of southern musicians who grew up on Allman’s and Skynard.  Secondly, they play metal, and not just thoughtless thrash, but deeply rooted psychedelic blues-y metal that pays tribute to aforementioned southern rockers that came before.  Added to the mix is that the band boasts two drummers who attack the band’s repertoire like two un-caged pit bulls.  Their set will be the loudest most aggressive sound to come from the Pitchfork stages this weekend, and has the potential to be the best over all set the entire weekend.