George Zimmerman may not be a racist

Okay, raise your hand if you forgot the cheering, whooping and hollering by tons of black people when O.J. Simpson was foolishly found NOT GUILTY of slashing to death two white people?  Hmmm, I didn’t think so.  But, they were just white folks.  So, who cares?  In fact, I don’t think anyone was compelled to break any windows or loot stores when he walked out of the LA County Courthouse.  But, so much for letting the  justice system play out. 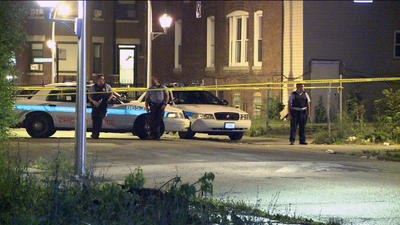 At least 7 people were injured, one of them critically, in shootings on the South, Southwest and West sides late Tuesday and early this morning, police said.

Speaking of justice, I think we can agree that sometimes things are just not fair.  I don’t think it’s fair that the NAACP felt compelled to collect signatures on a petition to have Attorney General Eric Holder look into the George Zimmerman case.  Isn’t that what the FBI, Angela Corey AND the State of Florida spent time and money doing for almost 2 years?

When the evidence does not prove that George Zimmerman is a racist or committed a hate crime, should Holder and the Department of Justice just make things up to satisfy those who are “outraged?”  Holder looks foolish and pandering.  Oh, and maybe just a little bit racist himself.

I’ll tell you what I’m outraged about — lots of drugs, illegal guns and young kids getting killed by gang bangers in Chicago.  But, I must have missed that petition to protest the treatment of those innocent black children.  I guess when it’s black-on-black crime, it isn’t newsworthy enough for Reverend Al Sharpton and Reverend Jesse Jackson.  The point is they want to get their mugs on tv and rile ill-informed people.  Enough!

Also, the overwhelming violent NFL should be so proud of one of their own — NY Giants player, Victor Cruz, who felt it necessary, after the verdict, to threaten the life of George Zimmerman with a disturbing Tweet.  Have you seen the current rap sheet of several NFL players?  I have two words for you:  Aaron Hernandez.  Are we now only outraged when a victim is a black teenager in a hoodie?

Writer/Director David Simon, who created the critically-acclaimed THE WIRE tv show, suggested that he was “ashamed to identify as American.”  Really?  How would he like to identify himself….Russian…..Iraqi……or Libyan?  Because last I checked, he seems to have been given the luxury of creative expression and wasn’t censored doing it in the very free United States of America.

Oh, and just so we are clear — there is no rash of white thugs gunning down black teenagers.  The media, so dependent on this volatile race narrative, would have you believe that our racism is so endemic, that we are all ready to don white sheets and go after kids in hoodies.  What?  Talk about racist.

Representative Luis Gutierrez now wants a House Judiciary panel to hold hearings on the case.   Really?  I guess I can’t blame him for trying to deflect any focus the House may have on his shady dealings with Chicago developers and lobbyists.  But, along with Father Michael Pfleger, our community leaders continue to make incendiary comments, which only serve to inflame ignorant and uninformed people.

Although Al Sharpton, who wants to make sure that his “Justice for Trayvon National Day of Action” will not just be a couple of days, he couches his own self-interest in colorful rhetoric like “we’re having a movement.”  It sounds admirable….but, if you Google Al Sharpton and Tawana Brawley, you may find out that his motives are not always so honorable.

I support Stevie Wonder’s right to boycott whatever State he wants.  But,  perhaps his efforts to protect future Trayvon tragedies would be better served by asking for all the thugs in Chicago to turn in the illegal guns that kill innocent kids every day.

Did you know that George Zimmerman is a “white Hispanic?”  I never heard that label before….but, for all of the people who want to have a level playing field in this country….and I am talking to you, Bobby Rush, please think twice before you constantly play the race card.  Like referring to Senator Mark Kirk an  “elitist white boy,” when he dared to come up with suggestions to stem the awful violence that plagues your district.

Recalling the phrase in the Zimmerman case, “if the tables were turned,” let me see how it would fly if Senator Kirk called the Representative a “black boy.”  Ouch, it even hurts to write it.  But, nobody smashed any store windows on Michigan Avenue for that ignorant comment.  While I’m at it — just what is Bobby’s plan to stop the killings?  I know he loves blaming white people.  So, I am sure he’ll want Police Superintendent Garry McCarthy to take the fall.

The pendulum has swung.   Parental guidance is gone.  Violence is a right of passage.   People cry racism and forget about courtesy, respect, right and wrong.   I don’t care what color one’s skin is — everyone wants to be safe.   We protect ourselves, because it is a dangerous world.