The welcome sight next door to my house of that POS being torn down to make way for new construction of a single family home is very common these days in Chicago’s East and Ukrainian Village neighborhoods. In fact, when I went out to talk to the 72 year old owner/ operator of that backhoe he basically told me that he’s booked out for at least one month in the neighborhood with 9 teardowns. The pace of development in the neighborhood is nothing short of astonishing and it can only be good news for the current residents as unsightly and dangerous structures disappear to be replaced by $800,000 brand new single family homes.

In my own case that building next door was really disgusting and harbored rats and feral cats. The owners apparently had some  cockamamie plan to rehab it but the guy tearing it down confirmed what was obvious to me: it was structurally unsound. As he tore into one section the whole thing came tumbling down.

Using the backhoe as an elevator. Clever but this has to be some kind of OSHA violation.

The area development appears to be driving up the price of teardowns. It looks like you can still buy them just under $200,000 but then you get these aberrations like 1901 W Ohio, which is a 24 x 99 ft lot that sold for $275,000 at the end of last year – and it’s only a block or two from Grand, which isn’t that nice.

And it’s not just the construction of the occasional single family home that is changing the face of the neighborhood. As I previously posted there’s the Remy Estates development by Noah Properties at the site of the old Gonnella Bakery headquarters. And just recently we received word of several new area developments in this part of West Town: 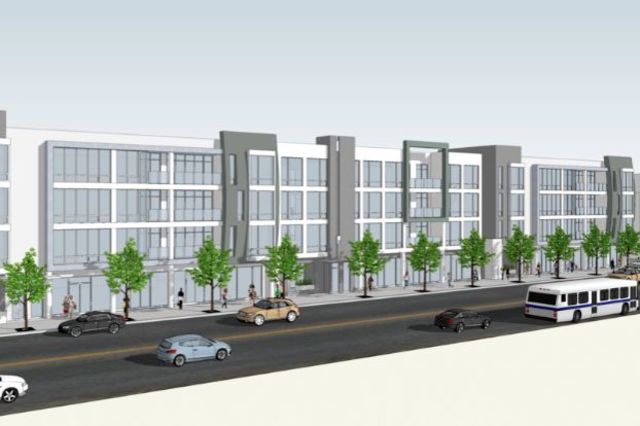