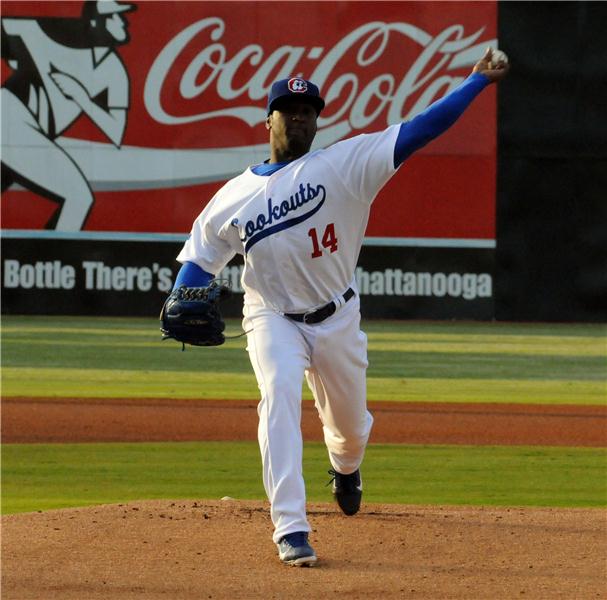 Garcia has an interesting backstory: a defection from his native Cuba, months on the run, MLB deliberations, pitching in a beer league and finally being drafted in the 3rd round in 2012 by the Dodgers. The big lefty with a farming background has a fastball that runs low-to-mid 90's with some run, a curveball that Baseball America pegged as the best in the LAD system in 2012, and a developing change-up. Multiple reports indicate he's still got an arm-heavy motion that can use some fine-tuning, and the velocity varies quite a bit. After barely seeing action in 2012, Garcia went from AA to AAA to the majors, pitching 65 innings (mostly in relief) with luke warm results. But he missed nearly all of 2014 due to surgeries on his throwing elbow (scope clean-out, not TJ) and a knee, resulting in Los Angeles leaving him exposed to waivers. Ranked among the top 10 prospects in the Dodgers' system in both 2012 and 2013 (per BA), there's talent there and he's got another chance now. The results in AAA have been mixed in 2015: a very good 11.4 K/9 rate and reasonable 3.4 BB/9, but he does get hit a bit.