From Overalls to Stilettos 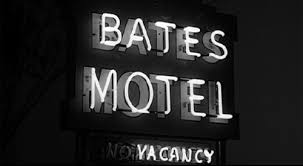 “She’s a psycho”.. let’s face it…  she’s probably not a psycho.  You just seem to have a limited vocabulary when it comes to describing your ex.

Yeah right.  I am so sick of hearing men call their ex girfriends or wives psycho.  You know you MADE her that way… right?  And did you ever stop to think that maybe YOU are .. um.. I don’t know… deranged?

Seriously.. it seems every boy, man has had a psycho ex girlfriend.  Could there really be that many of them out there?  I for one don’t think so.

And I for one.. am POSITIVE that someone out there is calling me psycho.  Because you see, when it comes to love and endings, let’s face it.. it brings out the WORST in most of us.

I know of so many stories about things exes do during the first few weeks of a breakup.  And if another man/ woman is involved in the breakup.. the more PSYCHO it seems to get.  I have heard of cars being taken away, basically stolen right out of driveways, break ins, car keying, tomato throwing, yards being dug up, phones being tapped, phones being turned off, calls to the police and false reports made.  I have also heard of glasses being knocked off of heads and cell phones drowned.  And scratches and slaps being thrown.  I’m sorry, but if you lie or cheat on your significant other you are going to have to expect repurcussions.  Okay so maybe physcial violence isn’t the answer, but I have no problem with damage to a material item.  Maybe as a reminder to them daily of what they did to someone’s heart.

Men, you need to stop and look.  Is she really a psycho or did you lie or cheat and make her that way?  Because I am sure she was the same girl you fell in love with and built a relationship with….   are you  really that bad of a judge of character?  Or maybe she was.  The reason she is acting crazy is because you hurt her.  And getting hurt and being rejected is one of the worst feelings in the world.  Especially when you get blind sided.  You know, you are going about your life thinking your boyfriend/husband is going about his life too.. you just didn’t realize he was also involving other women.  Intimately.

I love strongly.  I love passionately.  I love honestly.  And if someone crushes that, it’s going to get ugly.  And if there is another woman standing right in front of you telling you that YOUR LOVE has been HER LOVE for 2 months, you can bet someone is going to get “psycho”.

Let’s face it…  she’s probably not a psycho.  You just seem to have a limited vocabulary when it comes to describing your ex.  Oh wait.. I already said that.  Sorry.  I’m a little crazy… but definitely NOT PSYCHO!

** and here’s a note.. if you have more than ONE ex that you have branded psycho… you need to know that it’s not THEM… it’s probably YOU!