Fanning The Flames Since 1978

Adventures in conclusion jumping, Part 5: Charter schools and their stats 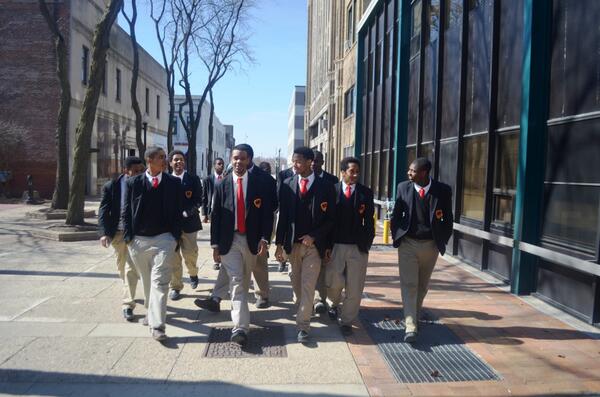 Admittedly, I have mixed feelings when it comes to charter schools.

For the fifth year in a row, Urban Prep Academies has a 100 percent college acceptance rate. As an African-American male, it is great to see so many of these young men go on to college. However, charter schools can juke the stats with the best of them.

Some say that any and all criticism of a school like Urban Prep rings hollow. I say to those folks, let’s see how the sausage is made.

Charter schools employ selective enrollment. That means they can cherry-pick their students. While public schools have to get their students from the surrounding neighborhood.

“Five years in a row is not a fluke, it is an expectation. Let’s make an expectation for students across the city”.-Mayor Emanuel #webelieve

Julie Woestehoff, executive director of Chicago’s Parents United for Responsible Education, told the Chicago Tribune that Urban Prep needs to be honest about their numbers.

“The aura of 100 percent is just a cover for what is a fairly typical Chicago public high school where about half the kids don’t graduate,” Woestehoff said. “They may say they’re not forcing or encouraging kids to leave, but what is happening? The public has the right to know, especially when they present themselves as a miracle. This is not a miracle.”

Also, it should be pointed out that the University of Chicago and Prospectives have made similar claims regarding their schools.

I’m not telling you anything that you don’t already know. However, the charters often waste no opportunities in pointing out the negatives of public education.

Last night, on the recent episode of “Chicagoland,” Principal Liz Dozier mentioned that one of the reasons that Fenger High School’s student enrollment was so low was due to charter schools. She went on to say that the charters schools’ number were no different than Fenger’s.

According to the recent high school rankings compiled by the Chicago Sun-Times, Urban Prep’s Englewood campus has a composite ACT score of 16.8. That is slightly higher than a number of public schools.

I get what the detractors of charter schools are saying. However, what is a parent in Englewood or any other neighborhood with limited resources supposed to do? On one hand there’s Urban Prep. On the other, there’s Harper High School. It doesn’t take a genius to figure out where a parent will send their kid considering the limited options.

I won’t rule out that one day I may be the parent of an Urban Prep student. However, it is easy to claim victory in an ass-kicking contest when the loser doesn’t have a leg.