I have a gym in my apartment building but what I don’t have is ready access to group  fitness classes.  However, instead of joining a gym just for the classes I decided that I would stalk Groupon and buy group fitness class deals.  Not only does this expose me to a variety of workout locations in the city, it gives me good blog fodder!

Women’s Workout World is located in the basement of 230 W Monroe.  Fitness is hidden all over the city if you just know where to look!  Women’s Workout & Wellness actually has 7 locations in the Chicagoland area but the Monroe location is the only one within walking distance of my office.

I’d been checking their fitness class schedule for a few weeks trying to figure out which classes fit into my day the best.  I finally decided to check out Turbo Kick on Tuesday evening.

I arrived a bit late because for some reason I thought class started at 5:45, not 5:30.  Jenny at the front desk was very helpful, though, and checked me in and gave me a quick tour of the locker room.

Con – Lockers costs a quarter.  I didn’t have a quarter. Jenny kindly gave me one.

I quickly changed and headed into class.  It was obvious that some people had been there before.  The room was large and there were probably 30 women in there ready to get their sweat on.

Now, let me say, I love cardio kickboxing.  In fact,it’s my favorite way to sweat if I’m not running.  I’ve taken cardio kickboxing with at least 4 different teachers and almost became one myself.

But the Turbo Kick class at Women’s Workout World? Easily the most frustrating and disappointing kickboxing class I’ve ever taken.

Perhaps it was because I didn’t realize that Turbo Kick isn’t quite like any other cardio kickboxing class I’ve taken. It’s sort of like Zumba in that it’s an actual brand described as

Maybe it was because the sound system in the room was such that the instructor was garbled and difficult to understand.

Maybe it was because the instructor didn’t clearly tell us what move was next in each sequence.

Maybe it was because I just wasn’t in the right headspace.

Whatever the reason, I found myself staring at the clock wishing the class was over.  Not because I was tired or sore.  Nope.  I was bored.  Our punches had no power because they were happening too fast.  I’d get into a grove with the moves and then we’d change.

I don’t think I was the only woman struggling but it sure felt like it.  This was NOT a beginner-friendly class.  The moves weren’t particularly hard but the instruction was lacking.

More than once I considered just leaving, but I stuck it out so that you guys don’t have to!

Although, I admit, I might give it one more shot now that I know it’s less about technique and following the moves and more about just moving and breaking a sweat.  At least that’s what I gather from the woman in the front row who was flailing around.  Dance as if no one is watching?  She certainly had that down pat. 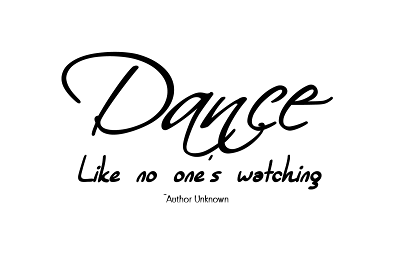