Joe Maddon thread: Cubs, Twins to talk to Maddon? Angels, Mets, Dodgers, and Braves are out

Okay, this is getting serious now.

The Dodgers and Mets, both thought to be early contenders for the services of manager Joe Maddon, have vehemently denied interest.

The Cubs, meanwhile have said nothing.  In fact, according to the Score’s Dan Bernstein, they plan to talk to him,

#Cubs plan to talk to Maddon. Could still try to retain Renteria in some capacity, if it works.

This is by no means a reflection on Rick Renteria, who has done a tremendous job for us, particularly with our young talent.  It was a difficult decision to move on after just one year.  We believe Ricky will be a fine manager some day, but when you get a chance to get the best manager in the game, you have to seize that opportunity.  We think Joe Maddon is an impact manager and can help us take this team to the next level.

Few managers can impact a team and maximize their talent like Joe Maddon can.  But it is more than that,  He can have an impact as far as players wanting to come and play in Chicago,  As well as Renteira did in his first year, few players will come here specifically to play for him.  Maddon, on the other hand, is not just a proven winner, but he also creates an environment in which players want to play.  He would be like adding a turbo boost to this rebuilding movement.

I don’t think you consider this move with any other manager.  Not Joe Girardi.  Not even Terry Francona.  But Maddon is special and I think you have to at least look into making this work somehow while still retaining Renteria in some capacity.  I would give Renteria his choice of staying on the bench, moving upstairs, or moving on to another organization.  Personally, I hope he stays one way or another.

A little blurb I had to mention because, how cool is it that guys are turning down the Yankees to stay with the Cubs?  Apparently, the Yankees wanted Eric Hinske to be their new hitting coach.

Remember when we said the Cubs will be passing the Yankees by 2015?  i think it may have already happened in some respects.  The Cubs are becoming a preferred destination.  As we mentioned in our last piece, friends of Maddon would be very interested in coming to manage the Cubs (per Peter Gammons).

After 3 frustrating rebuilding seasons, it’s becoming cool to be a Cub.

I did a video for the Tribune.  Actually couldn’t do a “video” because I am not in my home.  So I did it by phone and sent them an old picture so you can imagine me saying those words.  Anyway, I talked to them before some of the recent news came to light, but you can hear some of my thoughts on Maddon, Renteria, Lester, and Hamels.

UPDATE:  Buster Olney is now saying that rival executives may want to have the Cubs investigated for tampering should they land Joe Maddon,

Rival executives believe that if Joe Maddon winds up with the Cubs, the Rays will investigate the issue of tampering.

Tampering charges are rarely, if ever, are ever founded, but it’s nice to know our rivals care.  It’s good to be relevant again.

Regarding Passsan’s tweet…what big market is left except for the Cubs?  The Dodgers are out.  The Mets are out.  They Yankees and Red Sox don’t need a manager.  The Angels are likely set with Mike Scioscia.

As Sherman says, “All signs pointing to the Cubs” right now.  I’ve gone from thinking this was just a curiosity to the gut feeling that the Cubs make this move. 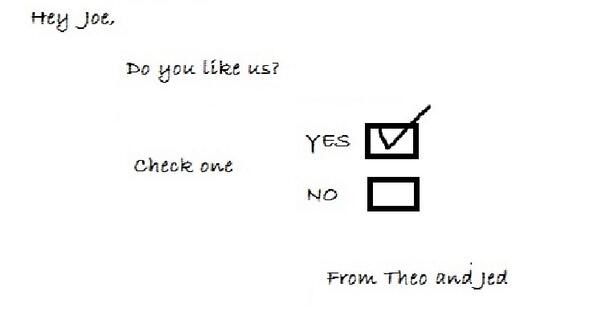