Is the Tax Payer Financed Bridge To Chatham Back On

Back in 2009 I brought up a proposal that was on the table at the time. The proposal was to build a one way bridge over the Dan Ryan at 85th Street that would bring traffic from Lafayette Street the 21st ward from businesses such as Walmart over into the 6th ward to prevent gridlock on 87th Street. While everyone was focused on Walmart, I also brought up the issue about a proposal that was quietly being discussed. The other proposal was the “Legacy Project”. The Fellowship Missionary Baptist Church( “The Ship”) had gained control of the old Johnson Products site. When the company was sold to Loreal the 85th Lafayette site was closed. The church has an estimated membership of 6000 plus with approximately 4000 attending worship every Sunday. This would add an estimated additional 2000 plus cars into the community at a site that has poor access. 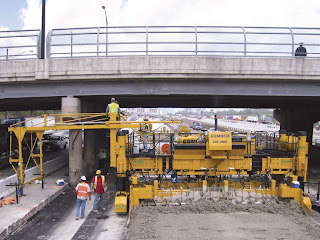 A copy of the following press release was forwarded

CHICAGO, January 6, 2013 – Churchgoers attending Sunday worship services at Fellowship Missionary Baptist Church received the good word and some good news too, as Pastor Charles Jenkins announced that the historic church is now the proud owner of a historic property – the former headquarters of the Soft Sheen beauty products company.

The 14.5-acre site will be the new location of the church and a mixed-use development project, which promises to enhance the social fabric of the community holistically, marking a major milestone in a broad vision for the property at 8522 S. Lafayette Ave.

The irrevocable, landmark multimillion-dollar donation comes from the foundation of Hobby Lobby Stores, Inc., an Oklahoma City-based national arts and crafts chain that has contributed to faith-based initiatives nationwide for many years.

“I offer my sincere gratitude to the Green Family for their unparalleled generosity to Fellowship Missionary Baptist Church and our work in the city,” Pastor Jenkins said. “We are excited about this huge step and other amazing friends and partners who are already joining us on this meaningful and impactful journey to serve inner city Chicago.”

With an average of 4,000 weekend attendees in the Chicago area and some 25,000 online worshippers, Fellowship has outgrown its current facility at 4543 S. Princeton Ave., and has a vision for more than a new church. Hence, four years ago, Fellowship established its economic development arm, the Fellowship Educational and Economic Development Corporation (F.E.E.D.), and launched an ambitious expansion and community development initiative called the Legacy Project, setting its sights on the former Soft Sheen headquarters. The site has sat vacant for 11 years.

Plans additionally call for renovation of the 229,000-square-foot office building to include a school, health and wellness center, a center for youth programming, a casual dining restaurant, as well as construction of up to seven retail stores at an estimated cost of $26 million.

“The church is committed to working toward reducing unemployment, crime and violence, raising resident morale, and providing hope to the community overall,” said Pastor Jenkins. “This donation is the first I have heard of in this community and one of many examples of God blessing our effort and dedication to serving Chicago.”

In addition, several individuals took exception to the press release as they felt it was disrespectful to the legacy of Mr & Mrs. George Johnson who founded Johnson Products and cofounded Independence Bank. Soft Sheen was founded by Mr. Ed Gardner and was located at 1007 E. 87th St, Back in 2010, former Alderman Fredrenna Lyle deemed the proposal the bridge to no where  as she stated she would not support it and if Alderman Brookins wanted it he could build it to the western side of the Red Line tracks that run in the middle of the Dan Ryan expressway.

As stated in the press release, the project has received support of several Chicago heavyweights that include former Mayor Richard Daley and Mellody Hobson, President of Ariel Investments Inc. Here are a couple of clips about the project

So just because the Governor supports this project should taxpayers have to pay for the infrastructure improvements that will be necessary and do you support the bridge?