The City Wins Even If They Lose 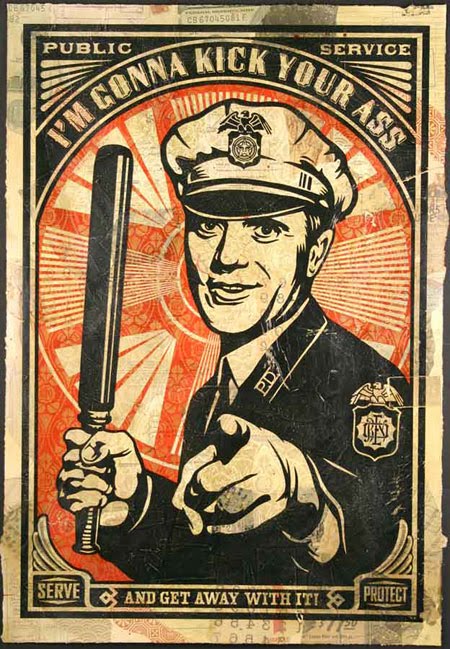 The City of Chicago has come up with a strategy to discourage people from filing relatively small lawsuits against the police. They are simply refusing to settle.

Here’s how it works: The people who want to sue can’t find a lawyer for their smallish case (less than $100,000), because the lawyers know that the city won’t settle. They know they’ll have to take the case to trial, which is expensive, time-consuming and risky. Lawyers turn down these small cases, leaving people to either give up or handle them on their own (a losing battle). So by forcing litigation, the city is effectively preventing cases from being filed in the first place.

This has been in the news lately, related to the story of a woman who sued the police for fatally shooting her dog. The city could have settled for $10,000. Instead they spent $50,000 to take it to trial. The city won the case, but the real victory was enforcing their policy of not settling these cases. Even when the city loses a case, it saves money in the long run.

The strategy is apparently working. The city says there were 47% fewer cases filed against the police in 2010 than there were in 2009, and that the city has saved $2.5 million under this new policy.

Allegedly, some insurance companies, like State Farm and Allstate, follow the same strategy and apparently they’ve made a lot of money doing it. For small cases, specifically those that involve soft tissue injuries (minor injuries), they either don’t settle or offer very little even when their clients are at fault. These are pretty simple cases to settle – mostly medical bills, no lasting injuries or pain and suffering to argue about. But if they refuse to settle, many of the cases go away completely because the injured people can’t find an attorney willing to go to trial over $5,000 or $10,000.

Injury attorneys charge on a contingency basis. They only get paid if they win the case or settle, and if that happens, they get a portion of the amount they can recover for their client. This makes small cases unrealistic, financially speaking. It might cost a lawyer $10,000 to take a $5,000 case to trial. And they’re only going to get about $1,650 of that back. Even if they win, they don’t win.

It’s the big guy against the little guy, and no surprise, the little guy gets screwed. People with legitimate claims and injuries aren’t getting compensated, and even if they get their day in court, it’s not going to be a fair one if they can’t get an attorney.

Someone called me about this issue the other day and when I explained the reality he said, “So a cop can just abuse me and get away with it?”  Like it or not, the answer is often yes.  And guess what, even though the great majority of Chicago cops are honest, there are certainly a handful that know how far they can go in roughing someone up without going too far.