America's top Halloween candy: What's the favorite in your state? 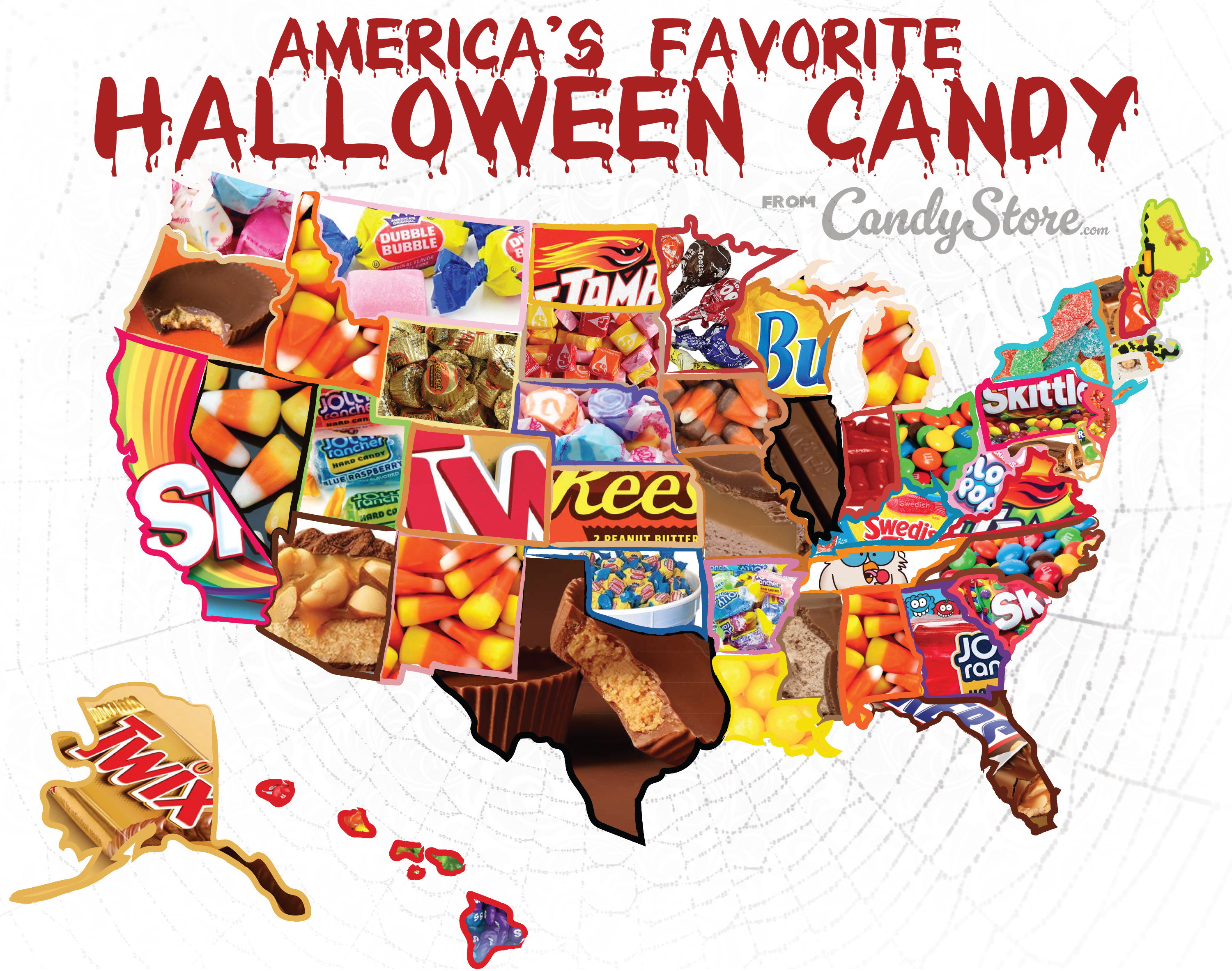 Candy tastes, not unlike other food favorites, vary from state to state and region to region but really, Delaware, Life Savers?

You would think maybe Salt Water Taffy, but no, that’s number one in Washington and Nebraska–a long way from the Blue Hen state.

Blow Pops are big in West Virginia but not so much in the other 49.

The Blue Grass state (Kentucky) is the only state that has Swedish Goldfish as their top pick.

A more logical choice might be Snickers–the only candy to me named after a horse (by Forrest Mars in 1930).

Even though Snickers might not be big in Kentucky, they look like a good bet for most of America. They come in number three in the top ten favorite candies in America, right behind M & M’s in the two spot and Skittles at number one.

Candy tastes in Illinois underwent an upheaval this past year with the top three spots all changing places. Sour Patch Kids fell from #1 to #2 while Kit Kats took top place. Snickers placed third beating Reese’s Cups by a nose.

Candy Corn is to Halloween what Sweethearts (conversation hearts) are to Valentine’s Day and Peeps are to Easter. But to me they are more of a trick than a treat. Interestingly they are in the top three favorites in 16 states.

It seems Candy Corn is the Andy Warhol of the candy world with people either loving them or hating them. There is no middle ground.

This was proven in the Candy Store survey where Candy Corn is on both the best and worst top ten candy lists. It’s sixth in the favorites and second on the least liked top ten list.

Filed under: Sweets and candy