Want to Learn American Sign Language? There's an App for That

This is a question I get over and over again, from families with deaf and hard of hearing children who want to sign with their kids as well as those who are curious about learning American Sign Language.   And from now on, I’m going to refer folks to a brand new app which was just released by Oscar-winning actress, Marlee Matlin:

I took a moment to ask Marlee why she developed this app.  “Marlee Signs: Baby Signs” is a great way to start communicating with your child whether deaf or hearing,” Marlee said.  “Research has shown that we can use sign language to communicate with infants before they develop the ability to speak. And with young minds so ready for language learning, why not use signs to get them on the path to communicating?  As with the other “Marlee Signs” lessons, it’s easy to learn why signing is so popular: it’s fun to learn and opens you up to whole new language. Plus it starts you on the path to be able to communicate with millions of people who are deaf and use sign.”

The app is free to download to an iPhone or iPad using iOS5. The interactive app includes an introductory video and the alphabet.  Additional sign lessons can be purchased for $1.99. The user has the option to slow down the signing– a great feature for beginners.  The SPELL feature allows a user to type in any word, and watch Marlee fingerspell it.

There are already over 200 reviews of this app with the far majority giving a 5-star rating.

The app isn’t meant to replace a sign language class or direct interaction with fluent signers, but it’s the next-best thing to being there. And how cool is it to learn signs from the multi-talented Marlee herself? 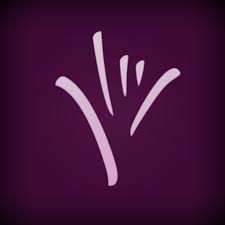