Lived On The Wright Lines of World Heritage: Organic Architecture

Yes, and his Organic Architecture influence lives — leaving a lasting legacy of world heritage. During the Forty-third (43rd) session in Baku, Azerbaijan on July 7, 2019, the United Nations Educational, Scientific and Cultural Organization (UNESCO) World Heritage Committee, an independent intergovernmental body, inscribed “The 20th-Century Architecture of Frank Lloyd Wright, United States of America” on the World Heritage List citing the qualities of “‘Organic Architecture’ developed by Wright, including the open plan, the blurring between exterior and interior, the new uses of materials and technologies and the explicit responses to the suburban natural settings of the various buildings, have been acknowledged as pivotal in the development of modern architectural design in the 20th century.”

It continues to do so today. It’s an example that the architect’s value goes beyond buildings as products. For example, scholars worldwide learn from 50% of Frank Lloyd Wright’s unbuilt designs in equal measure as 50% of his built work.

Read the decision adopted by the Committee from page 3 of this document: 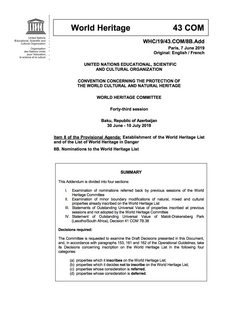 Read the technical evaluation made by the International Council of Monuments and Sites from page 23 of this document: 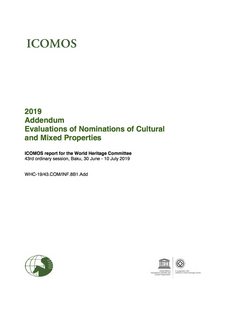 I bet you’re a bit like me, you’ve already seen — in pictures or in person, some of these eight (8) buildings included in the first World Heritage listing for the United States in the field of modern architecture:

Just imagine if you got to experience living in some of these or at least have some osmosis encounters if not direct, with these spaces and their owners, as I have.

I look back at my own memories two decades ago, of what it was like when I first set foot at this World Heritage Site that embodies some of the best qualities of Organic Architecture. Frank Lloyd Wright encouraged his apprentices at Taliesin to tap into creative writing way before blogging ever existed, as part of a multi-faceted architecture experience. This was yet another exercise of his vision that was so ahead of his time. Charles Montoon, one of his original apprentices, appointed me to contribute an article to represent the Taliesin Fellowship in an issue for the Wisconsin River Valley Journal shortly after I joined Taliesin. 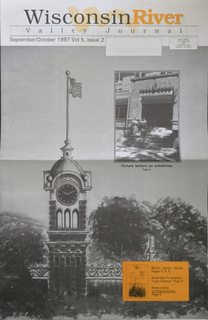 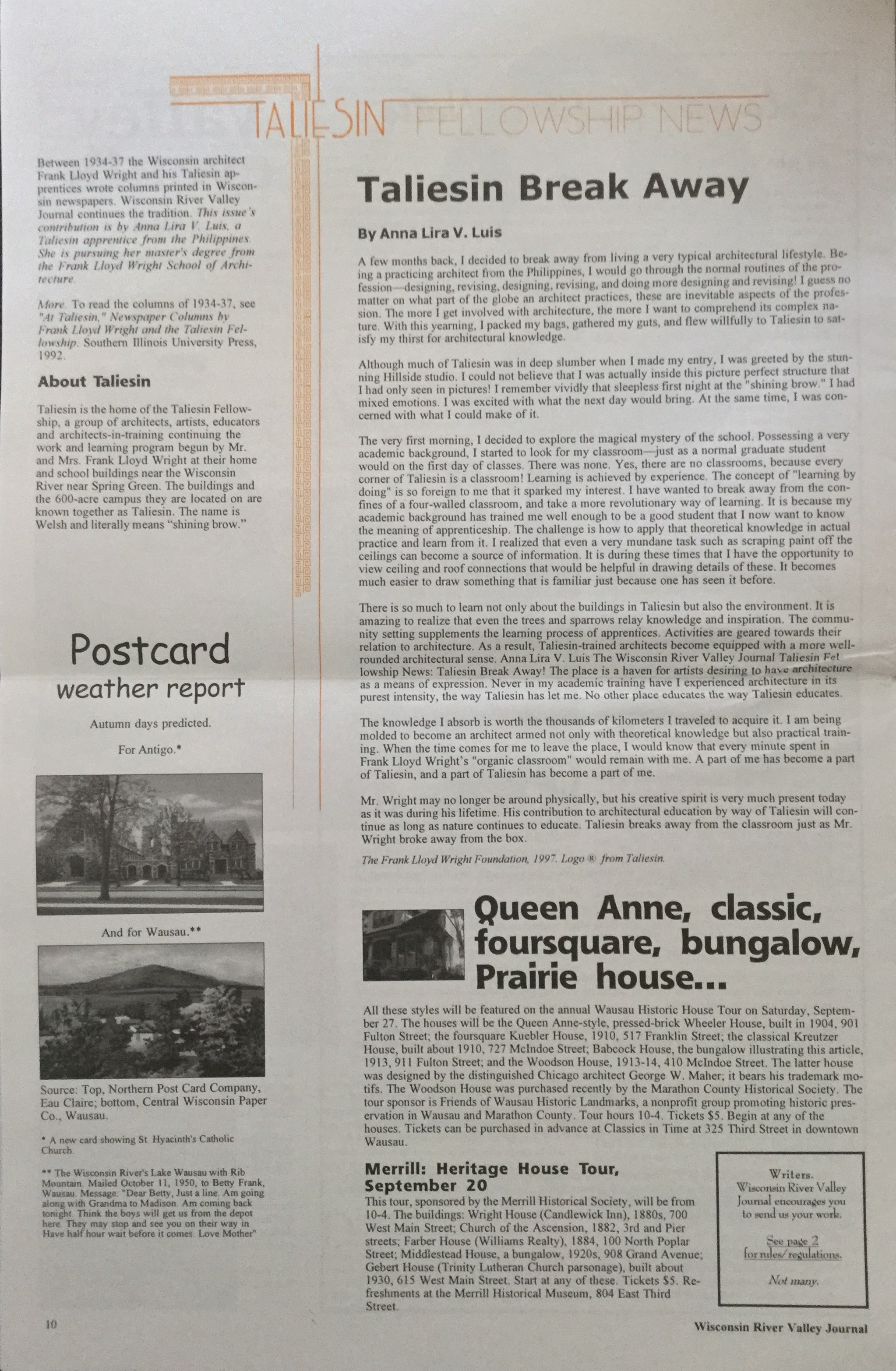 An article on my first impressions of Taliesin, for Wisconsin River Valley Journal. September/October 1997 Vol 5. Issue 2 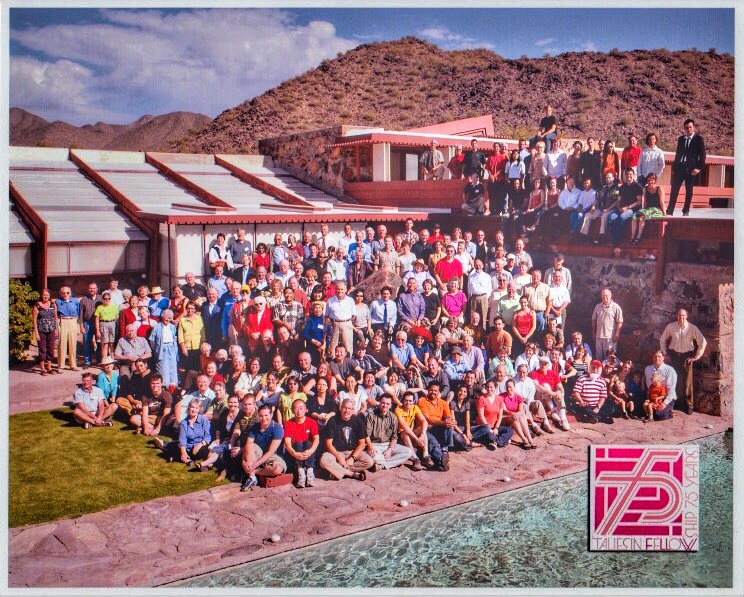 One of the things I learned and experienced while living at Taliesin West from 1997 through 2000 was that innovation is an act of leadership — where architects lead in creating enabling environments so people feel comfortable to experiment, safe to take risks, and speed bumps are removed in the experimenters’ way, allowing learning to happen. Learning-by-doing, it’s the process of translating an idea into a building product that creates value. Taliesin West was built in 1937 on this kind of innovation by apprentices and led by Mr. Wright. 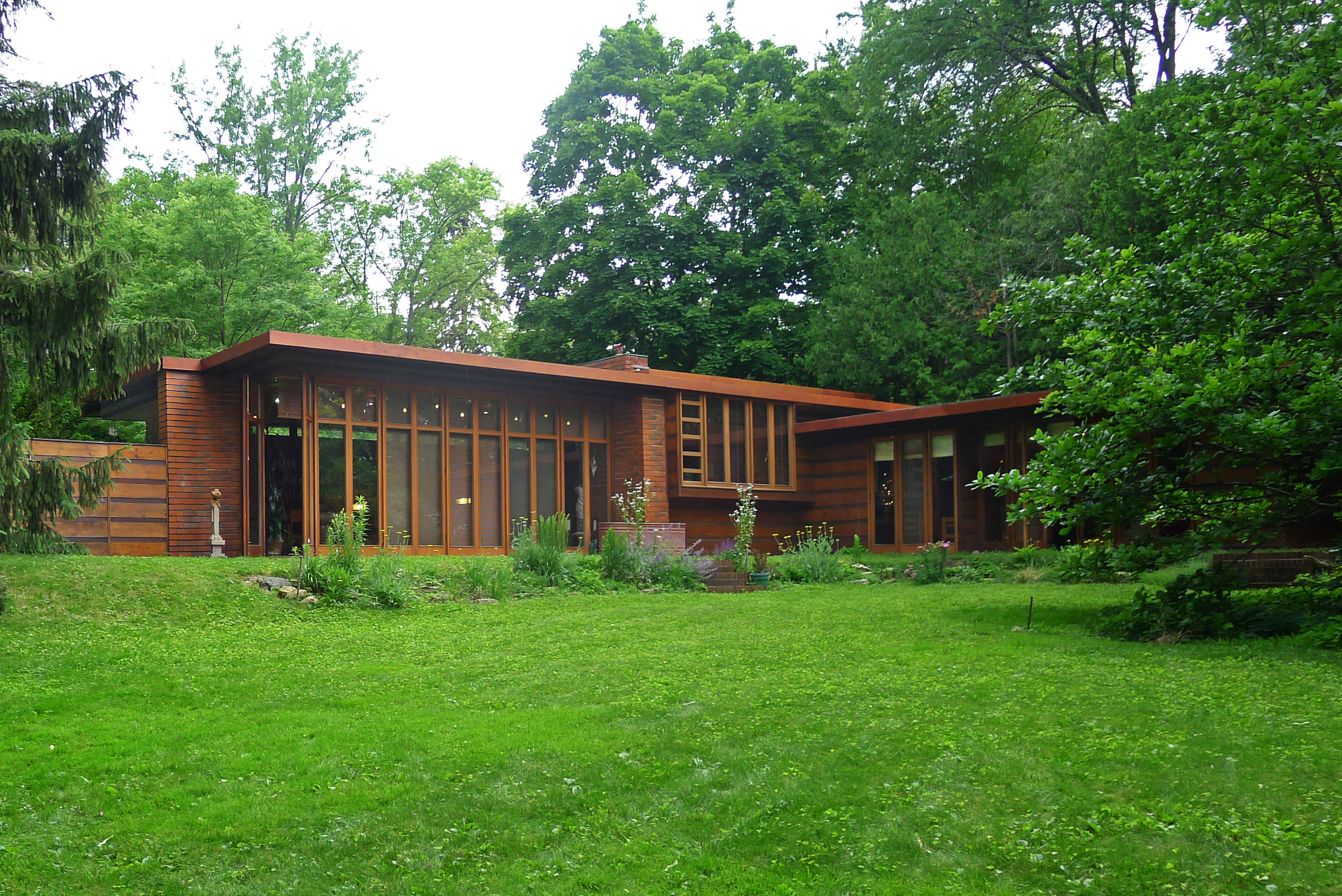 While I did not live in the Herbert and Katherine Jacobs House, my mentor and later friend at Taliesin, Susan Jacobs Lockhart, did with her parents. It is Frank Lloyd Wright’s first Usonian home. I remember countless heady conversations with her about their Usonian homes (Herbert and Katherine Jacobs I and Jacobs II) and how they impacted her. What Susan learned about Organic Architecture through birthright I learned through osmosis from our conversations about their two homes. Frank Lloyd Wright’s foundational experience on an earlier project he learned from, the standardized American System-Built Homes, birthed his later work, the customized Usonian Homes that share common characteristics with the former: a series of houses intended for middle-income buyers and used inexpensive construction methods. Over the following decades the house passed ownership and was exposed to modifications and maintenance techniques of variable historical value. 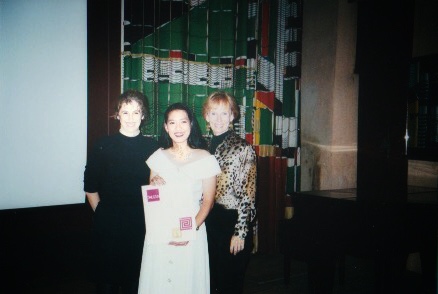 As for the other 5 buildings in the World Heritage List — Unity Temple, Frederick C. Robie House, Hollyhock House, Fallingwater, and Solomon R. Guggenheim Museum — what most people do is visit them. I’m like most people… since I can’t live in these sites, I visited them — some in the company of the Taliesin Fellowship and some with a significant other including some on solitary adventures… and by reading this far in this article tells me that you’re open minded about Organic Architecture. 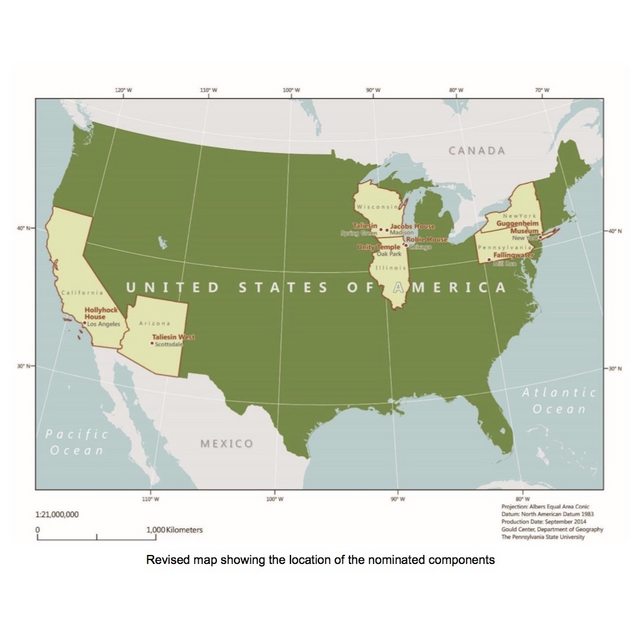 I’m not sure if it’s for you but living and/or visiting The 20th-Century Architecture of Frank Lloyd Wright in USA will lead to new points of view and understanding that architecture innovation isn’t limited to the physical building — it includes the process and value creation. “To have this unique American legacy placed alongside these precious few sites around the globe is meaningful because it recognizes the profound influence of this American architect and his impact on the whole world. This designation is a great source of national pride, and while eight buildings are included in the inscription, it recognizes the importance of Wright’s work, embodied in every one of his buildings and designs. These sites are not simply World Heritage monuments because they are beautiful. It’s so much more than that. These are places of profound influence, inspiration and connection,” says Stuart Graff, president and CEO of the Frank Lloyd Wright Foundation.