Everyone has heard all the hubbub about Hannity moving and Megyn Kelly starting up her new show, but all the anticipation will be over on Monday, October 7, as the new primetime lineup will debut on Fox News.

The new lineup also debuts on the 17th Anniversary of the network.

So, here is the official primetime lineup as outlined by a Fox News press release...

3PM/ET – Shepard Smith Reporting is a new one-hour program which will rely on a combination of technologies and social media to bring viewers the latest hard news across all FNC platforms, allowing them to witness how news is gathered. The show will be housed in a newly constructed signature studio unveiled upon launch, known as The FOX News Deck. The Deck and Smith’s dedicated team of producers and information specialists will also be able to interrupt all programming as needed at a moment’s notice to bring viewers the latest news as it develops.

7PM/ET – On The Record, hosted by Greta Van Susteren, will showcase the news Americans care about and explore how it impacts our everyday lives. Van Susteren will also bring viewers the latest facts through on-the-scene reporting and interviews with high profile newsmakers in her tough and fair signature style.

8PM/ET – The O’ Reilly Factor, hosted by Bill O’Reilly, will continue to uncover news items from the established wisdom while going against the grain of the more traditional interview style programs. The number one cable news program since 2001, O’Reilly’s signature “No Spin Zone” cuts through the rhetoric as he interviews the major players in the news headlines. 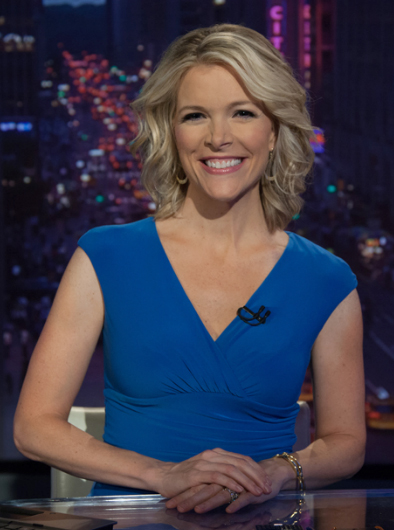 9PM/ET – The Kelly File, hosted by Megyn Kelly, will focus on late-breaking stories as well as in-depth investigative reports along with newsmaker interviews. The new program will also capitalize on Kelly’s skills as a former litigator and will provide a platform to discuss developing angles as events unfold, while also embracing a stronger social media presence.

10PM/ET – Hannity, hosted by Sean Hannity, will continue to showcase his provocative style and conservative commentary on politics and the American agenda. The show will also provide a highly interactive viewing experience utilizing tools such as viewer voting and the Hannity Live companion app, a web experience allowing viewers to gain access to exclusive content directly from the show producers in the control room.

So, tune in for the exciting new lineup, won't you?