Why some people support the death penalty

I'm not for it, usually. But here's why some people support the death penalty. Under a new Illinois Supreme Court ruling these two creatures, sentenced to life imprisonment, may get a chance to walk:

David Biro, who was 16 in 1990 when he forced a pregnant woman and her husband into the basement of their Winnetka home and shot them as they pleaded for their lives, and Christopher Churchill, who was 16 in 1998 when he used a hammer to kill his half-brother, the man’s girlfriend and her three children.

Specifically, the ruling state allows for new sentencing hearings for inmates serving life without parole for murders they committed years ago as juveniles. It doesn't necessarily mean that these killers--some 100 in Illinois prisons are eligible--will go free. One hopes that our judges will have enough sense in the Brio and Churchill cases to throw away the key.

But it does reinforce arguments that some people committed crimes so heinous that they should be executed so that they never have a chance to walk free again. 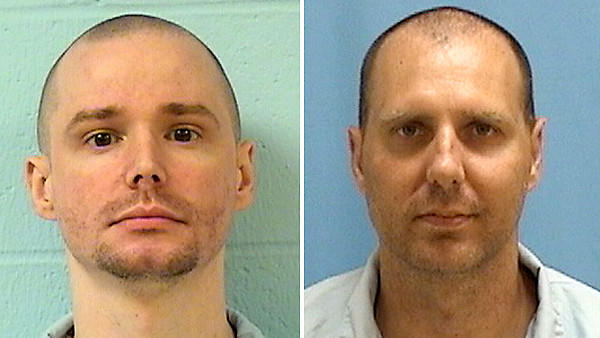 Christopher Churchill, left, and David Biro, are among the inmates who will get new sentencing hearings for crimes they committed before they turned 18.  (Illinois Dept. of Corrections)

What was America's greatest come-from-behind war? Go here to find out.

To subscribe to The Barbershop, type your email address in the box and click the "create subscription" button. My list is completely spam free, and you can opt out at any time.