For the second day of Lollapalooza I got a bit of a late start. I made it through the gates early enough, but by the time I filled my water bottle and got a beer I made it back to the Budweiser stage in time to catch only the last couple The Tallest Man on Earth songs.

Luckily, I was early enough to catch Tyler, the Creator. His stage consisted of giant, colorful bedroom furniture in the vein of Blues Clues, though in typical Tyler-form his set was anything but child friendly. Like many other artists such as last year's Eminem performance at Lollapalooza which I reviewed, Tyler, the Creator has a lot of lyrics that make me cringe with their misogyny, homophobia and violence, but it's impossible not to recognize his incredible musical and performance talent. 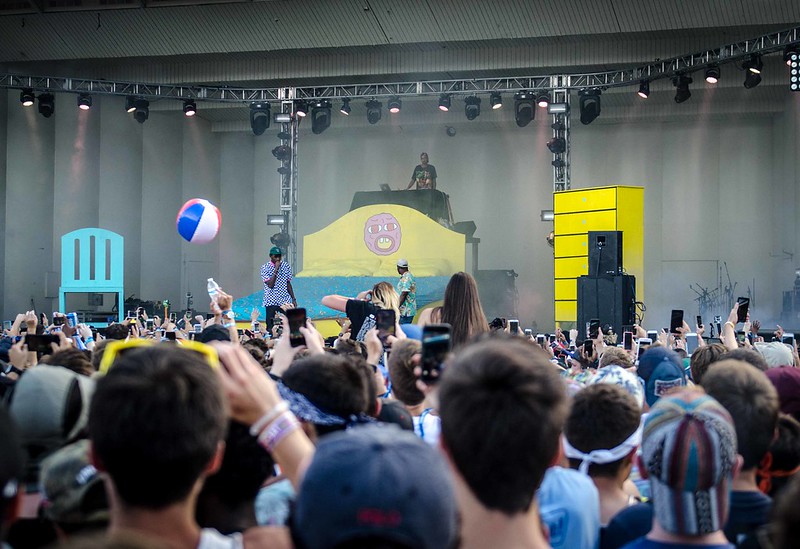 When he first came out, Tyler seemed a little bit intimidated by the huge crowd. He stated "For those who don't know me, my name is Tyler." before launching into his first song. He needn't be worried though because the crowd definitely knew who he was, singing along loudly with lyrics such as "I hate you, but I love you." His entire set had a ton of energy, both from Tyler and the audience. He proved he deserves to be on a Lolla stage, regardless of what the Chicago Tribune thinks. 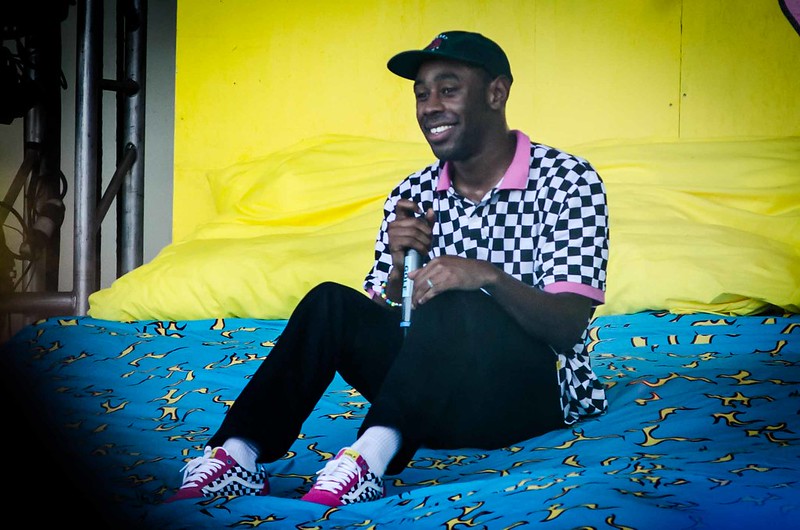 After Tyler, the Creator's set, I met up with a friend, ate a delicious lobster corndog from Graham Elliot then headed over to Banks.  I wasn't particularly familiar with Banks but enjoyed myself regardless. She has a beautiful voice and her songs were full of personality. Even though the end of her set overlapped with the beginning of Metallica, she drew a large crowd that stayed all the way until her final song. 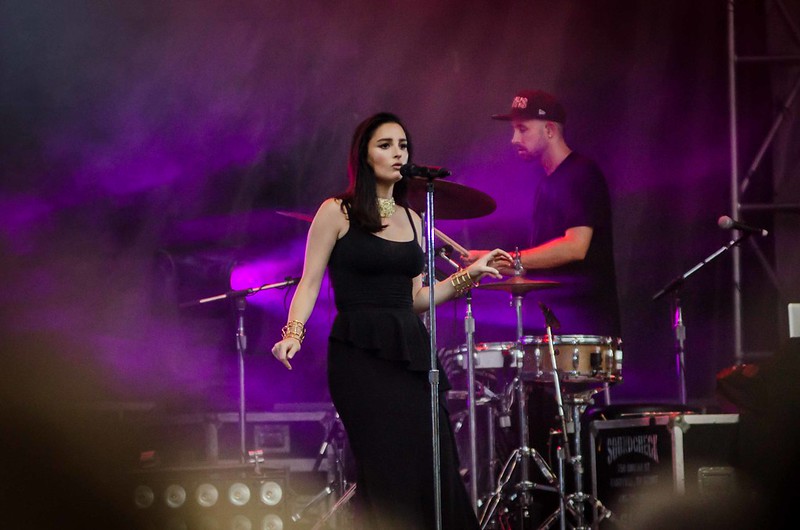 After Banks set, I headed over to Metallica. I've never been real into Metallica but I've heard great things about their live shows. I found a good spot on a hill where I could easily see the stage. I decided I was going to stay until I heard one of the four or so Metallica songs I know. They had a group of fans actually sitting on rafters at the back of the stage and generally put on a very vibrant show that the huge crowd seemed to be really into. After 15min or so, they played "Unforgiven" and once it was over I decided I was ready to leave. Overall, it was a great second day at Lollapalooza. 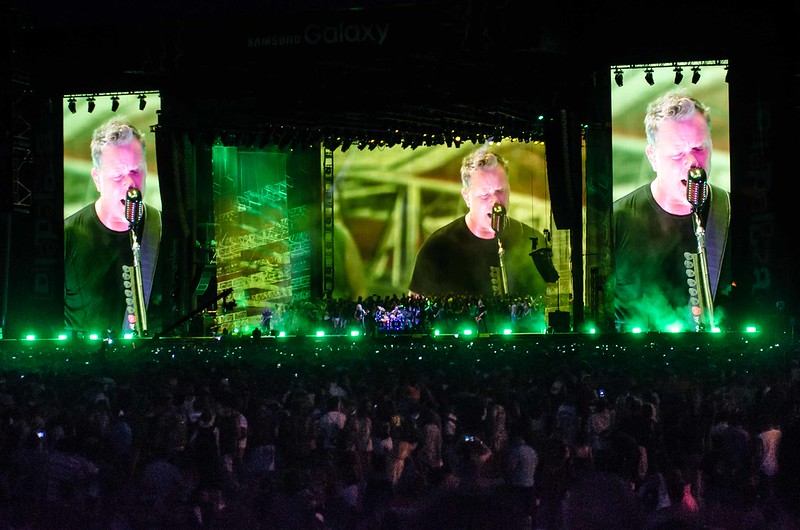 You can see all my photos from the second day of Lollapalooza in the below gallery or in the Flickr album. All photos by Jamie Bernstein. Licensing info for individual photos is on Flickr.