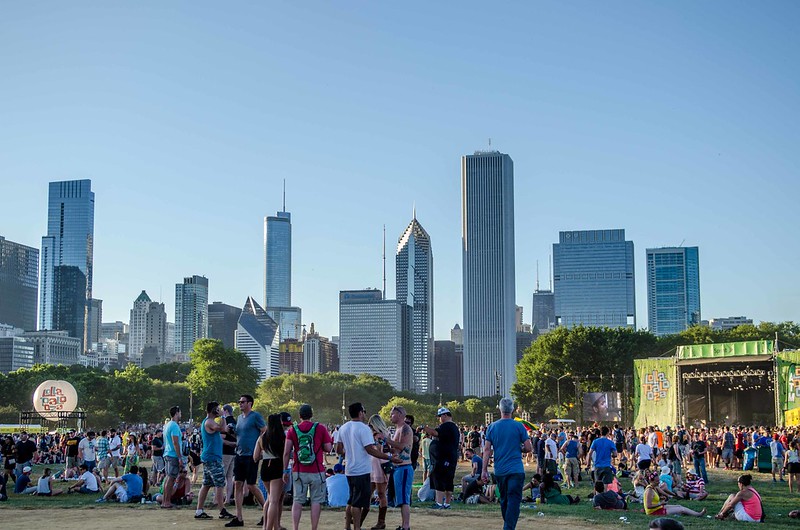 I met up with friends and headed into Lollapalooza just in time to see Hot Chip. Now, this is actually the third time I've seen Hot Chip just at Lollapalooza and fifth time overall. They are one of my favorite live bands with their high energy shows and strange fashion sense, and their Lollapalooza set this year lived up to all my expectations. They played a couple newer songs from their recently released album Why Make Sense?, but the most energy came from the audience when they played their older hits like "Over and Over," "One Life Stand," and "I Feel Better." During "Ready for the Floor" the audience held up their hands with the number 1 during the repeated singing of "number one guy." Also popular was a Hot Chip cover of Bruce Springstein's "Dancing in the Dark." I also just want to call out how great their drummer, Sarah Jones, was. I don't remember particularly noticing their drummer at previous shows I've seen them play, but Sarah Jones was fantastic and really stole the show with her drum solos. 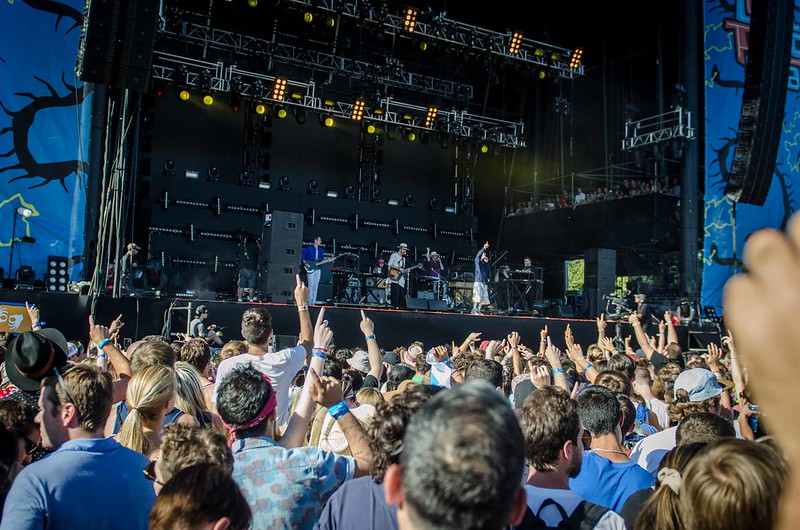 After watching Hot Chip, my friends and I went to get some beers (the craft beers not the terrible Budweiser beers they sell at most of the drink stands). Even though I registered my wristband and attached it to my credit card, when I tried to buy things with it throughout the day, the Lollapalooza computers could not find a match for me. Luckily I brought cash. I spoke with the volunteers and they said this seemed to be happening to at least 2 in every 3 people who tried to pay with their wristband. Anyways, after grabbing beer we caught the last couple songs of Børns before heading to the other side of the park for the last couple songs of Alabama Shakes. After another break for bathrooms and food, we made it back in time for Paul McCartney.

The last time I saw Paul McCartney was over ten years ago at Live8 London. I remember really enjoying that show so I was excited to see him again. In the end though, his Lollapalooza set, or at least what I saw of it, was disappointing. His voice sounded like he was straining. It was ok for the more rock songs, but when it was just him singing with the piano it just did not sound good. It also seemed that he was playing two solo songs for every Beatles song, which is cool because he's Paul McCartney and he's a legend and he can play whatever the fuck he wants at his shows, but I know that I and the rest of the audience was mostly there to hear Beatles songs. Legend or not, after 15min my friends and I decided to head over to the other side of the park to catch The Weeknd. 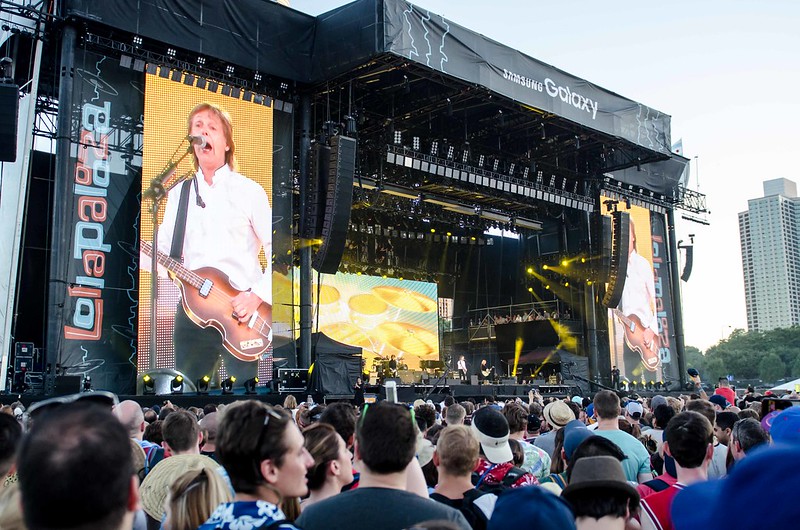 The Weeknd started his set 15min late, which was fine for me because I was frantically trying to find a friend of mine in the thick crowd. Surprisingly, text messaging worked throughout the night for the first Lollapalooza ever. I heard that more cell phone towers have been installed in the past year. Regardless of whether this is true, it is clear that something changed in the cell phone infrastructure because this was the first Lolla I've ever been to where there were no problems texting friends. 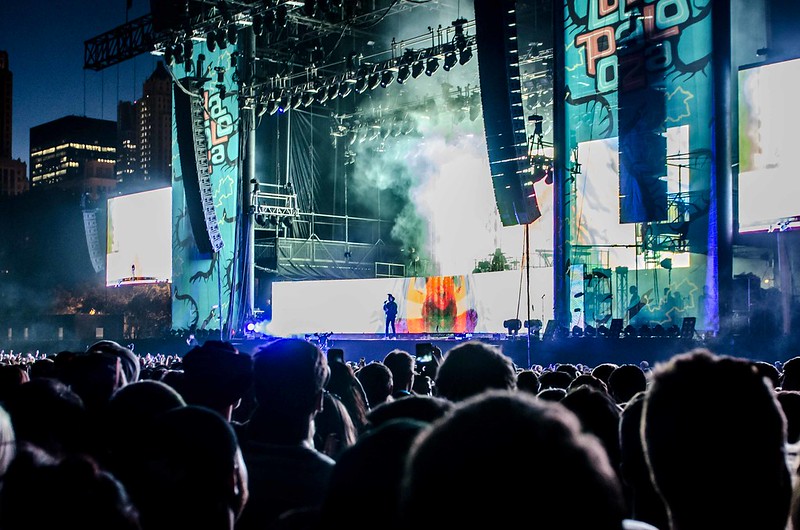 The Weeknd had an amazing set. He stood on the stage seemingly by himself, with his backup band on rafters and often left in the dark so all you could see was The Weeknd's silhouette against a lit backdrop. He played through many songs on Trilogy along with his newer pop hits. During his song "Love Me Harder" I half expected him to bring out Arianna Grande as a surprise guest, but instead he sang through the song by himself. His whole set was wonderful and a perfect end to the first night of Lollapalooza. 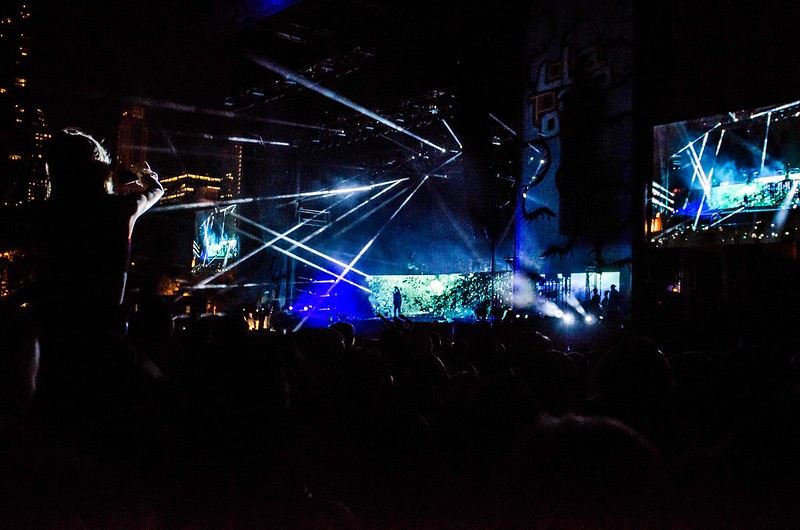 You can see all my photos from the first day of Lollapalooza in the below gallery or in the Flickr album. All photos by Jamie Bernstein. Licensing info for individual photos is on Flickr.