Split Single at SPACE in Evanston 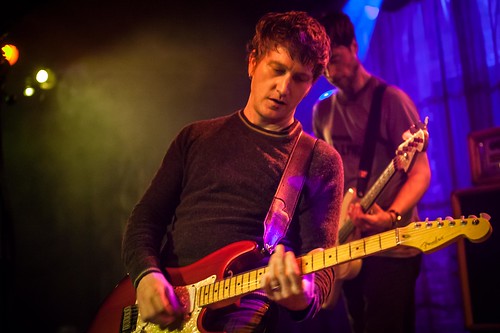 I often see shows by bands I love playing at SPACE in Evanston, but as a South Looper (or umm.. slooper?) Evanston is often a little too far to go for most shows. Lucky for me then that the day of the Split Single show I happened to be in the north suburbs for work anyways so it was easy to hop on over to SPACE after work. My fellow CMU writer Chelsea met me in Evanston, I grabbed a quick sushi(*) dinner next door, then we headed to the show. 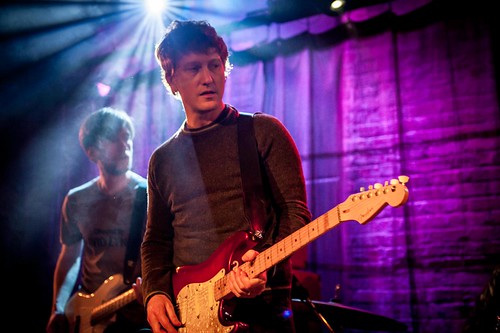 The show was sold out. With all three bands from Evanston, the place was packed with family, friends and fans of various band members. Chelsea and I made our way to the front so I could take photos, though the thick crowd made photography a bit more difficult than usual. 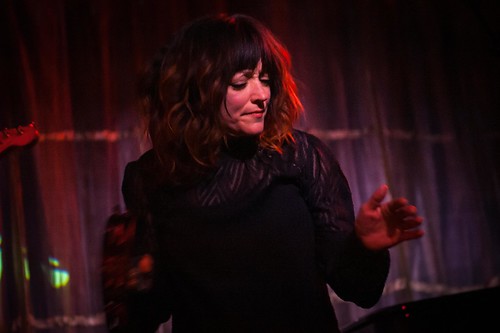 I wrote a little bit about Split Single when I saw their opening Riviera set back in December but I first discovered them through their fantastic AV Club Undercover set (my personal favorite AV Club Undercover of 2014). Even from that short video it was clear that Split Single's main guy Jason Narducy is an incredibly talented musician with great on-stage showmanship. I enjoyed their Riviera set, but seeing them in the smaller, intimate venue at SPACE gave the show much more energy. 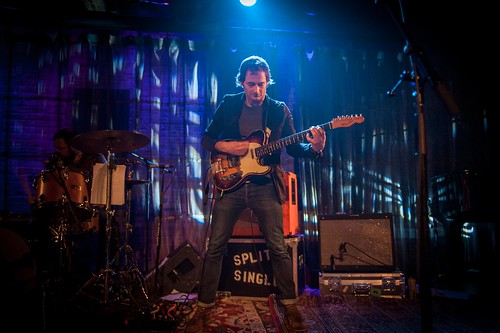 Split Single mostly played songs from their album Fragmented World, with a couple extra songs mixed in. There was a punk song I particularly enjoyed with brought back memories from the 90s punk scene in San Diego. Chelsea and I had a great time though we ended up leaving prior to the encore because it was getting late and we had a long drive back to the city. 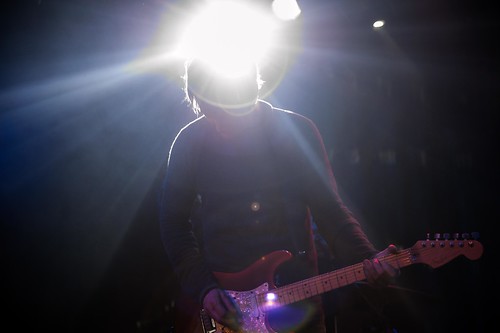 Split Single is heading out on tour with Cymbals Eat Guitars, but they'll be back in Chicago with a show at Schubas on May 1.

All the photos I took at the show in the below gallery and on Flickr.