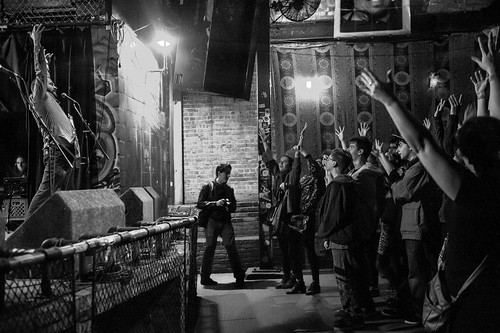 A month or so ago my friend Martin asked me if I wanted to go see Driftless Pony Club with him at Reggie's. I had never heard of them but live practically next door to Reggie's so I figured I might as well go. I had a great time that night and took a ton of photos. I usually try to post photos within a week of a show, but over the couple weeks after the show I got busy writing things for Skepchick and writing more things for Skepchick and then holidays happened and I was working on panel schedules for Chi-Fi, etc, etc, etc. In the end, I completely forgot I had a whole pile of photos that still needed to be sorted through and edited. I finally got to them this week, so sorry about them being a month late. 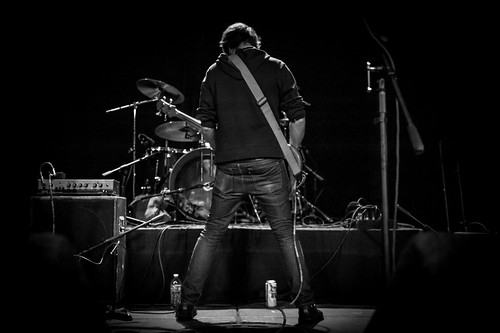 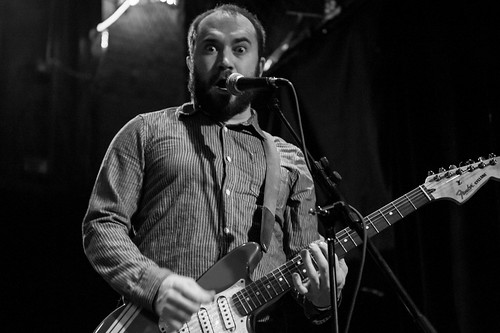 Despite having no idea what to expect seeing Driftless Pony Club, I had a particularly good time. The guys in the band have a great rapport and combined their indie rock with a general sense of silliness as though they weren't taking themselves too seriously and didn't want you to either. According to my friend who brought me along, band member Craig Benzine is known for his YouTube following (and in fact that's how Martin had originally found out about him). His comedy and entertainment chops definitely come out when he's on stage and make for a particularly enjoyable show. Although the band tours, they are based in Chicago and seem to have a lot of shows here. Their website seems a bit out of date, but they are posting upcoming shows on their facebook page and on twitter so follow them there for info on their future Chicago gigs.

All the photos I got from that show can be seen in the following gallery or in the Flickr album.